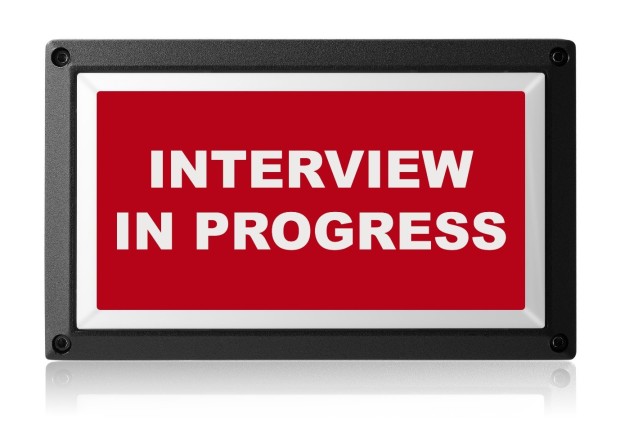 Today I am posting the first in, what I hope to be, a new series of interviews with fellow bloggers, some of whom I’ve met along the way and some who I hope will just want to join in the fun.  I would like to raise the profile of bloggers and to find out a little more about the people behind all the great posts I’ve been reading so far in my short time online.

So, without further ado, I would like to introduce you to Ivy.  She is one of the bloggers that I follow and whose blogs I look forward to.  Her blogs are witty, smart and honest.

Ivy, please pull up a virtual chair and let us begin.  Can I start by asking you who on Earth you are?

Well… I’m a feisty, funny *at least I think so*, opinionated, humanist trans woman. I come out of the Midwest United States (random fact, there’s the West and the Midwest, but while there’s the East, there’s no Mideast in the US and it bothers me) I would really like to move, though I will miss the mountains.

And when was it that you started blogging?

My blog is very young. My first post was on Oct. 12th, 2015 (notable about a month prior to this interview).

What is your reason for blogging?

I’ve been interested in blogging for years, but I’ve always had a hard time getting the words out of my head and written down. I tried making a video, I figured, since I’m good at speaking, perhaps that would be the way to go, but I’m too camera shy and have too many personal self-esteem issues to plaster my face onto things. So I stagnated for a little while, then just managed to start writing one day, and haven’t stopped since then.

I’m not sure why it draws my attention so much to be honest, it’s just… spiffy.

Okay, serious question time now.  If you could be a Superhero, what would your superpower be and why?

Flight. I have always wanted to have wings, and be able to take to the sky. In fact I was totally convinced it would happen one day… Until I decided that I loved learning about biology and evolution and that totally fucked up that idea for me. But I figure, if I could fly, I might as well use the ability to help others while I’m at it too right?

What the heck are you talking about?  That is to say, what are you trying to say in your blogs?

You know, that’s a good question, and sometimes I wonder that myself!

I aim to misbehave, as Captain Mal says. Rile people up and get them thinking. I don’t know that there’s any specific set of things that I want to speak on consistently, but some things that tend to come up as topics with me are politics, religion, science, mental health, sexual health, social issues, sexuality, gender and trans issues. I also like to be silly and get people to laugh.

Well you’ve certainly made me laugh a few times.  Especially about the itty bitty…well maybe I’ll leave that for readers to discover when they check out your blog.  Ahem.

Do you think that your blogs are making a difference to your readers or do you feel as though you are connecting with them?

I would like to hope so! At the very least, been able to have some food for thought and chuckle here and there (watch out hopefully future readers, I need bad puns to exist. You will be subject to them. I apologize ahead of time). It’s a small blog with a small following and started very recently, so I’m not sure. I want to try to do things like my Love Yourself List on a fairly regular basis so that people know of places to turn. In fact I plan on updating that list and re-releasing it as I get more readers from more countries.

Have you found other bloggers that you would recommend?

There’s Eleanor Skelton who’s just an overall lovely person. She grew up in a Christian fundamentalist household, and has since escaped. She now blogs about it at The Girl Who Once Lived In A Box (link: http://eleanorskelton.com/)

Another lovely lady is Laurie Works. What she blogs about varies. She’s intelligent, funny and friendly. Currently she’s been talking a lot about the gun debate going on in the U.S. (link: http://laurieworks.com/)

There’s the fantastic trans woman and all around sassy smart ass Mara, who blogs over at justtranslikeme. She’s kind of on the opposite end of the whole trans thing than I am. She’s perfectly comfortable with her body as is, and it makes for an interesting perspective that I absolutely love. (Link:http://justtranslikeme.com/)

There’s dave94015, who relinks a lot of posts on sexuality, and is a good central hub to find other bloggers. (link :https://dave94015.wordpress.com/)

Thanks for that Ivy, and thanks for including the links too.  Go check these out people, after you’ve checked Ivy’s Blog out of course.

Okay, so, if you were stranded on a desert island, which luxury item would you take and why?

It’s not necessarily a luxury item, but i would totally have a working CB radio. Then I could just broadcast an SOS for… hopefully not too long, and get saved from whatever crazy situation got me there.

Do you use any other form of social media?  If so, which and how do you feel they compare?

For being under 30, I’m pretty technologically inept actually. Lol. I use Facebook, I’ve tried to figure out Twitter and Reddit, once long, long ago, in a galaxy not so far away I was totally a cool kid on Myspace. I’m in love with The Experience Project. I’ve seen a million other places, but my brain explodes every time I try to use a new interface. Which… is just too much clean-up for my husband, so I keep my social media down to only a few things.

As far as if/how they compare. I feel like it’s an apples and oranges question. Blogging and vlogging are so much different from a good portion of other social media that I’ve had the chance to interact with that I can’t really make any sort of comparison. I think, for bloggers and vloggers, that Facebook, Twitter, Google+ and the likes are fantastic platforms to be able to promote, but that’s the only tie in that I would comment on.

Is there anything that annoys or disappoints you about blogging?

The lack of fact checking drives me up a wall. I’m happy that everyone can express their opinions, but an opinion and a fact are two totally different things. I guess that’s a complaint as a whole with the internet though right?

Uh… Have fun. Fact check. Talk about what you like, it makes it easier. Go Nike on it: “Just do it.” It’ll never happen otherwise.

Okay, my final question is, if you had to share an icecream with someone, who would it be?

Nobody touches my ice cream. They may lose a finger or six. Maybe, if they are lucky and particularly adorable that day, maybe my kiddos can have some of my ice cream.

Ivy, thanks very much for taking the time to answer my questions and letting myself and other readers get to know a little bit about you.

For anyone looking to catch Ivy’s blog, which I have been following and do recommend, they can find it using this link: https://ivywillowblog.wordpress.com/

Thanks for taking the time to read this interview.  I’m hoping to make this a regular feature and may expand the questions in time.  Anyone wishing to take part in MEET AND GREET MONDAY or indeed anyone just wishing to contact me please feel free to email me here: http://ned@thewayofthesquirrelbooks.com/

← Hands up who wants to take part in a new regular bloggers’ interview spot?
The thumb diaries: Holiday in Dorset 2015 – Day 1 →