How I still feel bad about the time I once killed an innocent man but why it felt so right to do it at the time. 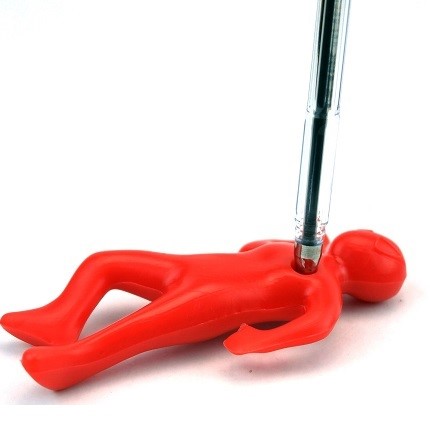 It was not until I recently began writing a blog that I took time out to reflect on subjects and events from my life that I may wish to include.  It was then that it dawned on me that I had never publicly admitted or discussed the time that I killed a man.  An innocent man, a man of good standing who did not deserve such a fate and I did it simply by pushing him to his death with a pen.

It was late in the year 2013 and I had very nearly completed writing a novel I’d been working on for a few months when it struck me that I had to kill off one of the characters.  It was not a contrived decision nor was it one simply for effect but at the time it just felt necessary for the plot…and the more I thought about it the more I knew I had to do it.  Having made the decision I then deliberated over it for the following few days as, to be honest, it just didn’t sit very well with me.  I know it sounds odd now but I’d actually invested a lot of time in this character…perhaps even a lot of myself.  I identified with him…I’d like to have been able to hang out together with him and to find out more about him.  Heck, after all, I created him.

I’d given him a background, not a very happy one at that.  I had decided what he looked like, cut his hair for him, had chosen his motivations and ambitions in life.  I trained him, gave him a job, put him through hell and then…without so much as a by your leave…I killed him.  And, though it might sound incredible to someone reading this who has never had to do this before, for the next few days I actually found myself almost mourning this guy.  I’d grown fond of him…and I knew he hadn’t deserved what had happened to him.  He’d had my sense of humour and probably even liked the same music that I do, who knows…I never did get to find these things out because, one book after creating him…I pushed him to his death with the stroke of a pen.  And yes I know that this all sounds a tad melodramatic but I actually felt a tangible remorse for this guy for a few days after.  After all, he’d suffered a noble, tragic and painful death.  I could not ignore that.

Slightly hypocritically I’d spent the few days leading up to his death planning it in meticulous detail.  I’d planned his final movements and choreographed his injuries.  I even pre-scripted his last words.  Before he’d even been placed in jeopardy, I had decided what he would say as he fell to his death.  I’d denied him the right to survive the ordeals I’d put him and his colleagues through in the book and I’d also denied him the opportunity to join his friends in the sequel.  Put simply, I made a man and then, as quickly as I had conjured him up…I killed him.

The sad thing was that, I had, editorially at least, the power of God.  I had it in my power to go back and change his fate, to alter events so that he had survived his ordeal.  Yet for the next few days whilst I began to angst over this decision he remained there where he had fallen.  The following events in the book were still undecided, still unwritten, which meant that his friends were frozen in time, unable to assist or to even know his fate.

Now, those of you out there thinking of taking up writing should take some solace from knowing that it gets significantly easier as time goes by and now, only four books later, I’ve killed several dozen people and, unlike Arnie confirms in True Lies, these weren’t all bad people.  Some of them were innocent bystanders, characters sometimes introduced simply to bump off for the readers’ twisted amusement.

And since that first mortifying murder I’ve enjoyed throwing people out of airlocks, having them mauled horrifically by enemy aliens and having them killed on the spot by a telepath.  I’ve now become so prolific and comfortable about killing off characters that I’m sure I’ve killed off more than deserve it.  With the stroke of a pen I’ve literally wiped some of these poor souls from the face of the page.

Hmmm, probably explains also why no one has asked me to help write their autobiography yet.

← An irrational fear of gay spiders!
The book: Why my first children’s book was about homelessness. →